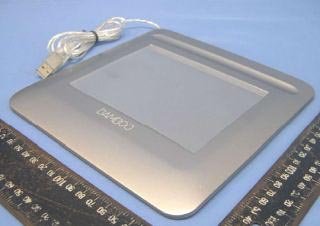 Contrary to what the name may lead you to believe, the Bamboo One Tablet is not constructed of the stuff that pandas like to munch on. Instead, it’s a fairly normal looking tablet that is used, essentially, to replace a conventional mouse. In this way, it’s basically the same idea as a Wacom graphics tablet.

The most notable applications for this pen-based tablet are for artists “to design cool things or cartoonists bringing you the best of web comics.” The Bamboo One, which sports a standard USB interface and is compatible with both Windows and Mac-based computers, has just received the almighty stamp of approval from the FCC, so we should be expecting it in stores some time soon.

No word on pricing, but we probably don’t have to wait long for that either.