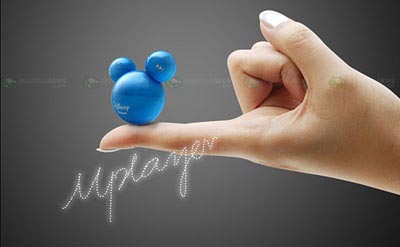 I can’t imagine having this thing bumble around in my pocket, but the cute factor has got to be off the charts. iRiver inked a deal with Disney to produce an MP3 player and here it is: the Mickey Mouse-inspired MPlayer.

As you can see, the player is comprised of three spheres attached to one another in the most rodential of ways. It comes with 1GB of internal memory and will be able to play WMA, MP3, and ASF files. In addition to the blue depicted here, the iRiver MPlayer will also be sold in black, white, pink, and grey. It might even have WiFi, but we can’t say for certain.

The initial launch is expected to be in Korea with a starting price of about US$59. No word on whether the Disney-themed MPlayer will make it to North America or Europe.