Have a look at your cell phone’s keypad. If you’re a text message guru, you’ve grown accustomed to having three (or four) letters assigned to each key. If you’ve got the Blackberry Pearl, maybe you’re perfectly fine with two-letter-to-a-key SureType. Real hardcore enthusiasts will settle for nothing less than full QWERTY, because they believe it is the fastest text input mechanism available. Zacod begs to differ.

Regular QWERTY keyboards — whether they’re found on PDA phones, remote controls, smartphones, or UMPCs — are uni-dimensional. You press downwards on a button and it produces a certain letter. With Zacod’s zk-m100 concept keyboard, unveiled at SEK 2007, you get a keypad that is based on a “3-axis principle.” Each button, then, is transformed into a joystick or rocker key that can be tilted in multiple directions, essentially mapping several letters to a single button.

I’m not sure how this would translate to being faster, but it certainly makes for a more efficient keypad. A similar system has been devised for on-screen keyboards for PDA phones. 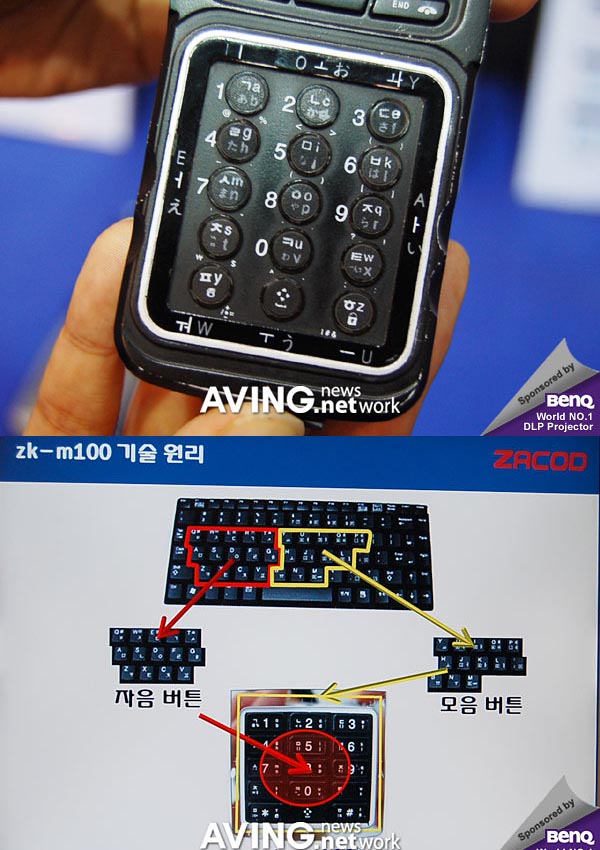