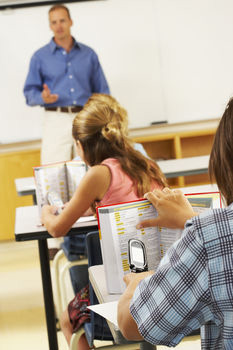 Cyberbullying is targeted aggressively in the U.K., with the government and now a prominent teachers union calling for mobile phones to be classified as “offensive weapons.”

The Government has set up a task force to evaluate the problem and has given teachers the authority to confiscate students’ mobile phones. Of particular concern are websites such as Bebo, which allow students a forum to evaluate their teachers but, as is their nature in being open forums, allow misrepresentation as well as honest evaluation.

A high-ranking official in the teachers union, the NASUWT, has cited more than 100 cases of teachers being cyberbullied via phone, email, and browser. Also of concern are online videos of teachers being attacked and ridiculed. The union and the government want swift action taken. The wide-open nature of the Internet, however, and mobile phones’ increasing ability to access it quickly and efficiently, might take any action a moot point, short of a blanket lockdown on mobiles when students enter school doors.