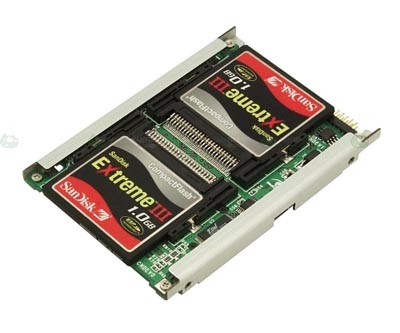 What Century doesn’t tell you is that their development doesn’t actually come with any memory of its own. Instead, they’re simply providing the architecture for you to go out and get those two terabytes of storage yourself. What? Huh?

Well, the benefits of a solid state drive have been discussed ad nauseum, so I’m not going to go there. What Century has done is produced what appears to be a 2.5-inch HDD, but they provided slots where you can plunk in additional memory through Compact Flash cards. The system is limited to two terabytes, and based on the picture, that would mean that you would first have to find Compact Flash cards that contain a terabyte each. Future-proof much, Century?