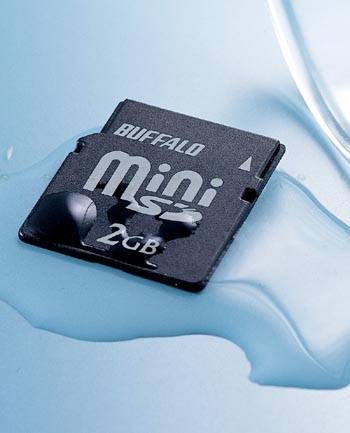 Well, you’re going to do it today, because the creatively-named accessory maker has just announced a set of memory cards that can take a dip in the pool and emerge out the other end completely unscathed. Based on the pictures provided, we can tell you for sure that Buffalo will have miniSD and microSD variants that will survive a little of the wet stuff, though we expect that they have a standard-size SD card that’ll do the same.

Other than the waterproof-ness, no other specs were provided for these Buffalo cards. But hey, now you can say that you’ve met a roaming animal that is not only waterproof, but can also fit in the palm of your hand. Heck, collect a whole herd while you’re at it.