There are far too many connotations to the product name, so I’m not even going to go there. Instead, I’m just going to come ahead with the straight goods (no pun intended) for the newly announced U:MO portable multimedia player from the folks at iRiver. This all-in-one device can do a whole lot of things that you wouldn’t normally find on a regular PMP.

For starters, it’s got that big honking antenna poking out the top. This signal grabber is about a third the size of the entire unit! It’s used to grab satellite TV signals — as is the norm when it comes to things being launched in Korea or Japan — and then it can record this videos for later viewing. What’s more, it’s also got a music receiver, MPEG-4 recorder, and multimedia player. The QVGA display isn’t the biggest, but the miniSD slot certainly comes in handy. Best of all, it measures only 3.1×0.64×1.9 inches and weighs 2.6 ounces.

And what’s more, the iRiver is absolutely free… assuming you subscribe to the $17 monthly satellite service. 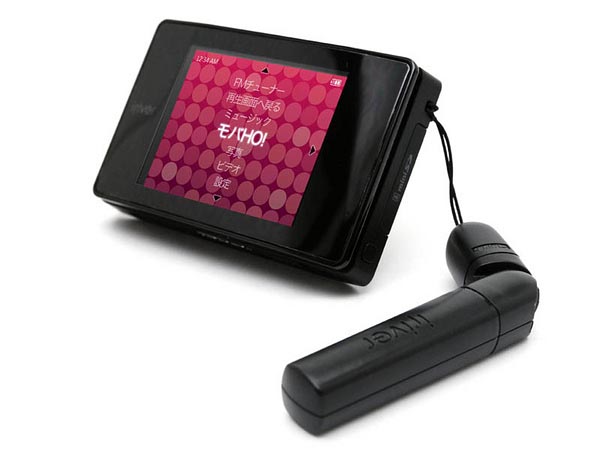