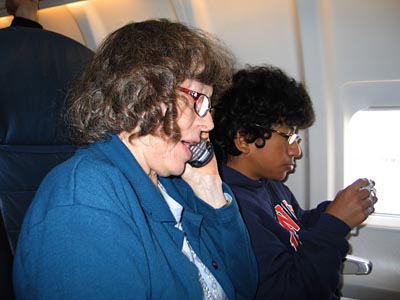 A little while back, Airbus was granted permission to allow the use of cell phones aboard its planes. People addicted to their Crackberry devices applauded the move, but is this really such a bright idea?

I remember I was watching a stand-up comedy special a few days ago and Lewis Black was talking about flying on a plane. He said something like “strap yourself down to a chair in your home and squeeze your head between your hands as hard as you can. Attach a bag to your mouth so that you can breathe the same air over and over again. Now, do that for fourteen hours and you’ll know what a flight to New Zealand feels like.”

Imagine going through that ordeal, but in addition to crying babies, disgruntled seniors, and stressed out smokers, you’ve got business folk yakking it up on their phones too. Really, should we allow cell phones on airplanes? It’s almost as annoying as people using their phones in movie theatres.