The iRiver name is usually associated with some nifty MP3 players and PMPs, but these products go a little off the beaten path. Their designs are absolutely alluring, yes, but no matter how you frame it, it’s just a navigator and a portable dictionary.

The iRiver M10 will serve “primarily as a GPS navigation device.” As you can tell from the picture below, by far the most prominent feature on this device is the oversized rotary knob on the right side. Because you’ll be using it while you’re driving, I’d imagine the interface with that knob is similar to the iDrive system found on BMWs. In addition to pointing you around town, the M10 also has a built-in DMB tuner. Don’t expect much in terms of storage capacity though.

Taking on a form that is not unlike the Nintendo DS, the iRiver D5 is easily one of the most attractive portable dictionaries I’ve seen in a while. These QWERTY-packing devices are remarkably more popular in Korea and Japan than they are around these parts, so it’s understandable that iRiver wants to make their offering as eye-catching as possible. It also helps that the D5 comes with a built-in music player too.

More details surrounding both devices are expected to be announced next week at SEK in Korea. 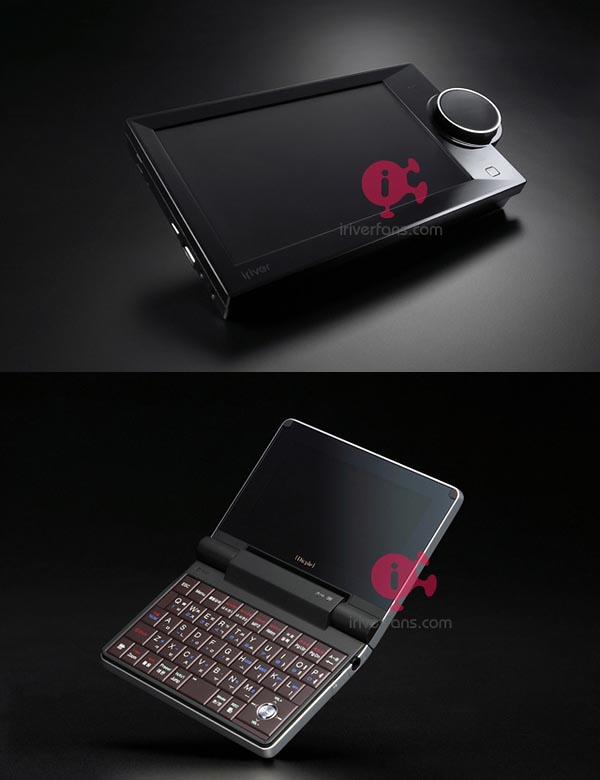