Continuing the steady stream of MP3 players with their sights clearly set on the same market as the iPod nano, the iAudio 7 from Cowon is definitely a step up from the iAudio 6 that it replaces. For starters, Cowon has ditched the spinning HDD platters of old for the more stable and shock-resistant flash-based memory. Much like the nano, the iAudio 7 will be available in four gigabyte and eight gigabyte variants.

It doesn’t have a click wheel — they’re not allowed to do that — but it does appear to have a touch sensitive slider not unlike that found on certain Toshiba players. Audio support is also quite good, as the iAudio 7 will tackle the usual MP3, WMA, and OGG formats, but it’s also got love for ASF, FLAC, and WAV as well. Better still, the battery life has been rated at a very respectable 60 hours between charges.

We believe that it’ll be Korea-only for now. The 4GB and 8GB models retail for US$186 and US$246, respectively. 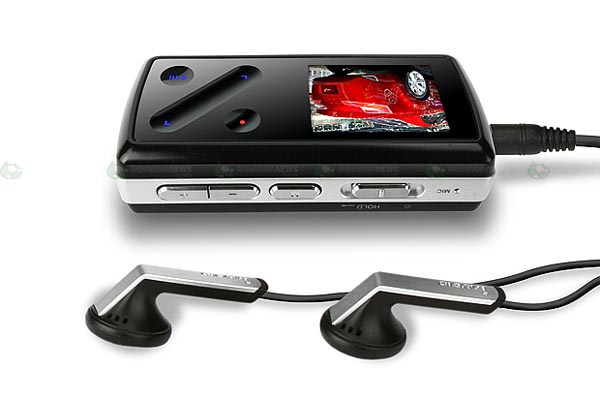