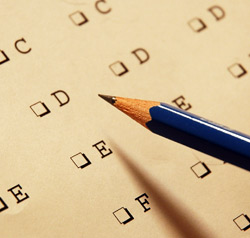 A movement is afoot in the U.K. to incorporate psychological assessment in the driving test process. It’s a pencil-and-paper test, not a driving test, so it shouldn’t be that much of a worry. Still, you have to worry how nervous the British really are about the vehicles that populate their motorways.

Should some people not be allowed onto the road? Definitely. Will this kind of test identify that? We don’t know. You can probably figure out for yourself that many people will answer the questions the way they’re supposed to be answered in order to “pass” the test. Add to this the extra time and layer of bureaucracy that such a process would entail.

Still, it’s an idea worth considering, if only to crunch some numbers and identify the folks who suffer from road rage all too often to be trusted behind the wheel. After all, with some of us, it’s definitely unsafe at any speed.