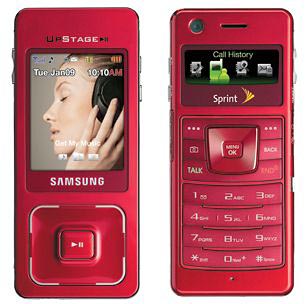 So, you like the double-sidedness of the Samsung UpStage, but even that’s not enough to stick out from the crowd. What if you could add some color to these cheeks instead of being restricted to boring old black? Well, that has just become a reality because Sprint has just announced the availability of the music-centric Samsung Upstage in red. It’s not clear whether this is part of the whole Product (RED) campaign, but this phone is most definitely dressed in the rosiest of tones.

Much like its black counterpart, the red UpStage comes equipped with a 1.3 megapixel camera, microSD expansion up to 2GB, 16 hours of music listening on a single charge, and that unique dual-display design. Pick one up for $99 with a two-year contract.