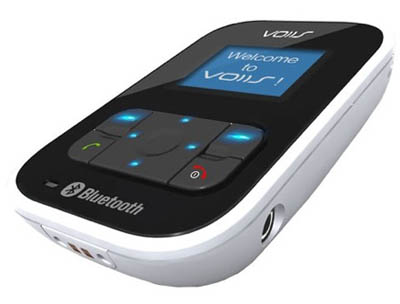 Somewhere in the title is the key word phone. Oh, yes, there it is. We’re talking about the Voiis mini Pocket Messenger Phone, a portable Bluetooth device that can take and make Skype and MSN Messenger calls.

This being a modern phone, it also has such features as music-playing and recording capacities, giving you both play and playback methods. It also has a headphone jack, so you don’t have to share your tunes or podcast if you don’t want to.

Another cool feature is the new-wave look, complete with raised buttons and overall raised surface.

About the only thing we really question is the name. The word Voiss certainly sounds like what the device does, but you’ll have to have a friend say it to you five times fast before you begin to question the validity of such devices.