Ever since the death of the Supra, people have been anxiously awaiting a new supercar from Toyota. That supercar is the upcoming 2009 Lexus LF-A and we’ve got spy shots of its latest concept.

A prototype LF-A was first seen hitting the track in 2005. Since then, two more refined concept vehicles have been taken on the auto show circuit to get feedback from the public and press. The most recent prototype seems to borrow elements from both of these concepts, so it’s clear that Toyota is far being being fully decided on the look of the Supra successor.

Starting from the back, you’ll notice that the Lexus LF-A has a triple exhaust tip arrangement in the center. The tail lights are just functional for the time being, so it’s unclear what those will look like in the final version. In terms of headlights, they’re simple and angular “not unlike those of modern Lamborghinis.” 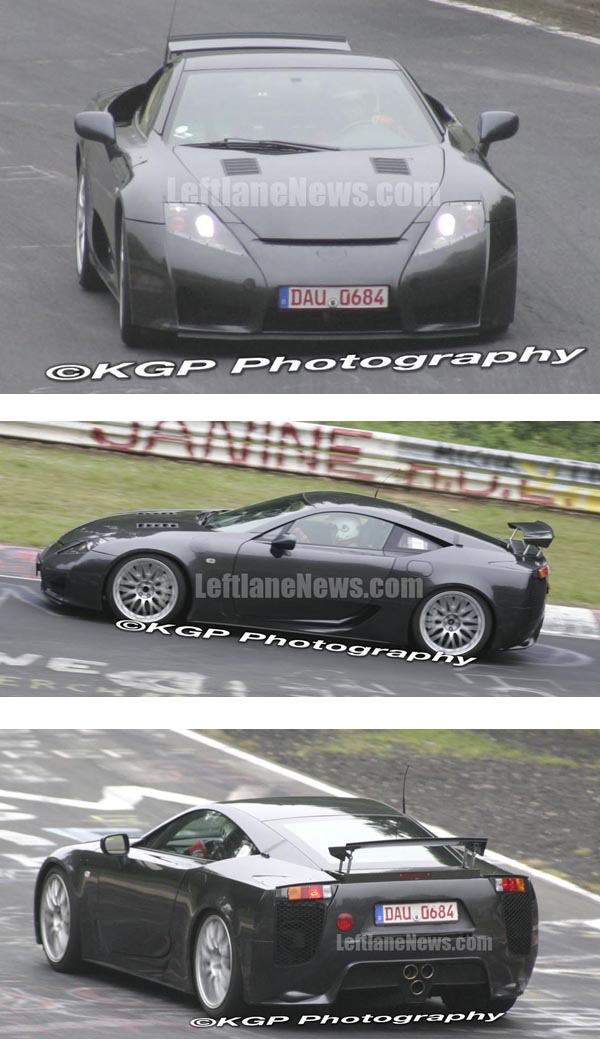