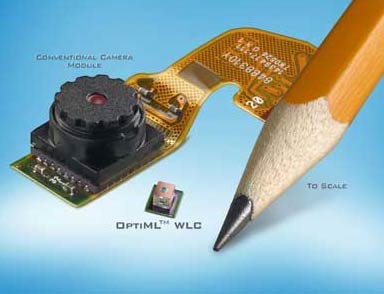 Size does matter. And in digital imaging, it’s the smaller that’s the better. Such is the case with the camera lens, which keeps on getting smaller and smaller without sacrificing acuity or resolution. One of the latest innovations in this field has been revealed by a Silicon Valley company called Tessera.

The product is actually a camera, a very small little number that is the size of a wafer. It’s called OptiML WLC, and it has been designed to be attached to the sensor directly. The result is a shooter roughly half the size of a traditional digital camera made today. Smaller is also lighter, another prime requirement in improvements in the field.

The Tessera imager is less than 2.5 millimeters tall yet can shoot at 640×480 and achieve both digital zoom and autofocus. That’s a tall order for such a short device, yet it achieves. Tessera says it will outsource construction of the device, announcing that the prototype is the last it will build in the chain of production.