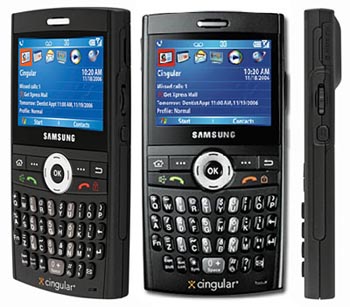 This is a question that has been plaguing me for some time. Now that both Rogers Wireless and Telus Mobility have jumped on the HTC sliding QWERTY bandwagon, I’m more tempted than ever. There are several advantages and disadvantages to making the jump, and this is why I am torn as to whether it’s worth my while.

On the one hand, I’d love the extra functionality offered by a PDA phone. If I were to take the plunge, I’d definitely get one with built-in WiFi. This way, when I’m at a hotspot, I can quickly check my email and surf the web, all without dishing out a dime. A smartphone with a QWERTY keyboard — whether it’s a slider like the HTC TyTN or a bar like the Motorola Q is up for debate — makes typing a whole lot easier. I learned that when I reviewed the LG enV several months back. There’s just so much more you can do with a smartphone. Keeping track of my schedule would be easier, I could buy a Bluetooth GPS receiver to navigate around town… the list goes on and on.

On the other hand, I’d be faced with significantly more bulk and weight. I’m currently using a Samsung D900, which is one of the thinnest phones on the market. It’s also feather-light, despite having a 3MP camera and a decent music player. The other issue would be the added cost of a data plan, because I’d be more inclined to check email on the go if I had a smartphone. I also spend more time in my home office than anywhere else, so it might not be “worth it” to pay for that much phone.

Decisions, decisions. What would you do if you were in my position? Rogers? Telus? Do either of you want to comp me a data and voice plan? Maybe we can work out some kind of deal. 🙂