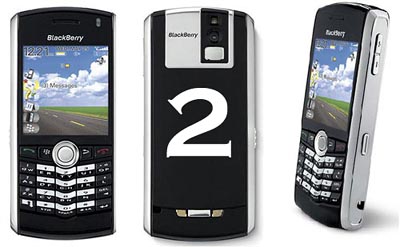 Research in Motion has traditionally catered to the business power user, but they have started to branch out into the consumer end of things as well. The first Blackberry Pearl was very heavily praised for its smaller form factor and multimedia capabilities, and from what we can gather, its successor will be even smaller and more powerful.

Currently christened as the Blackberry Pearl 2, this next-gen device will be approximately 8mm thinner and 30% lighter than the first Pearl. It’ll be so small, in fact, that it may compete in the same part of the market as the Motorola RAZR. Within this tighter package, RIM plans on including high-speed EVDO, a 2 megapixel camera, and a microSD expansion slot. I’m sure it’ll have a multimedia player too.

These details are still in the rumor stage, but they sound well within the realm of reason. So does the rumored release data of Q4 2007.