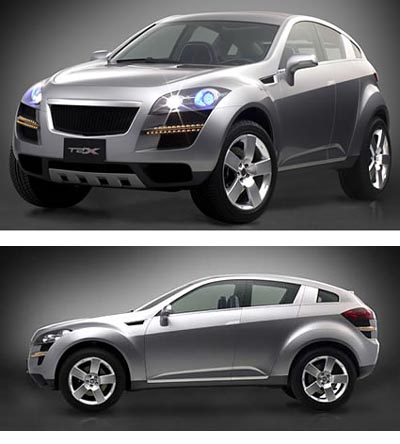 Reportedly set for debut in the Korean market, the Chevrolet T2X concept truck seems to borrow some styling from the Porsche Cayenne, but realistically, it almost looks like a long hatchback that’s been propped up onto an SUV underpinning. Built off the S3X show truck (which in turn was based on the Theta architecture that underlies the Saturn VUE and Chevy Equinox), the Chevrolet T2X uses two “clamshell doors for rear access”… you might better know these as suicide doors, much like those found on the Honda Element.

According to industry pundits, this “has a real chance at production in Asia and Europe”, yet they make no mention of taking this compact utility over to North America. Given the rising price of fuel yet people’s ongoing need for added safety and utility, I don’t see why GM hasn’t considered bringing a vehicle like this into the North American market. I’d imagine that it would compete well against the RAV4, CR-V, and Mazda CX-7.