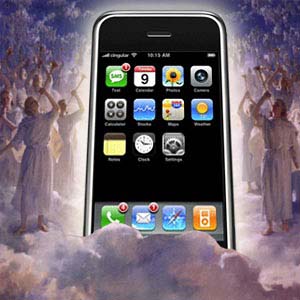 This comes from “two sources” that leaked the launch deets to BusinessWeek. How much truth is actually behind this monumental figure remains to be seen. Some analysts are saying that Apple will easily sell three million iPhones in 2007, bumping that number up to 10 or 12 million for 2008. Gene Munster of Piper Jaffray projects goes even further, saying that 40 million iPhones will be sold in 2009.

Is the iPhone really going to be as revolutionary as Steve Jobs claims it will be? Look at what the Cupertino crew did with the iPod… will people soon be gawking at other handsets and asking, “What kind of iPhone is that?”