Hurray for Computex. Over in Taipei, they’re being treated to all sorts of goodies from a number of different manufacturers, and one of the biggest — you might know them better for their motherboards and laptops — has just launched one powerful smartphone. The Asus P526 looks a little like smartphones that the company has released in the past, but one thing that sets this handheld apart is the fact that it runs on Windows Mobile 6, complete with the advanced Windows Live application.

If you squint your eyes just a little, you’ll also notice that it has GPS embossed in corner, indicating that this smartphone is capable of providing “professional car navigation” on its large color display. Another key feature is the built-in two-megapixel camera with video recording. And finally, North American users will be glad to hear that the Asus P526 sports quad-band GSM/GPRS/EDGE radios for worldwide use.

No word on price, but Asus expects to start selling the P526 smartphone in August. 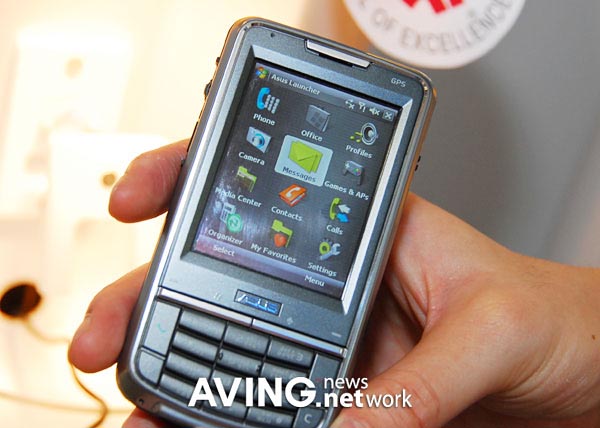