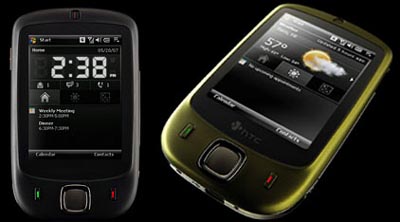 While its resemblance to the upcoming Apple iPhone is undeniable, the HTC Touch is supposed to be a pretty different beast altogether. After all, this is coming from a company that provides us with smartphones like the TyTN and Excalibur. Well, we only heard about the HTC Touch this morning and already we’ve managed to snag a video of the HTC CEO talking about his hot new release.

The fun part of this brief interview is when the discussion turns to the HTC Touch’s direct competition: the LG Prada Phone and the Apple iPhone. How does the HTC chief react? Watch and find out!

To recap, the HTC Touch has very few buttons, relying mostly on the intuitive touchscreen interface for regular stuff like dialing numbers and inputing text. Clearly, the Touch is not being marketed at business power users who simply cannot live without QWERTY.

If the video doesn’t load, you can try viewing it here.