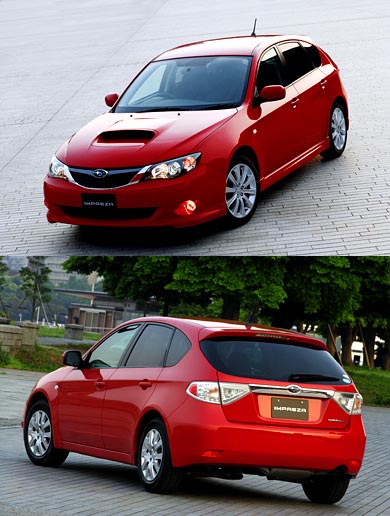 We’re not going to get our next-generation version for a little while yet, so in the meantime, let’s have a look at the 2008 Subaru Impreza that recently launched in Japan. As is tradition with the rally-inspired vehicle, the Impreza does not fail to disappoint in the performance department, especially when you check out the JDM models.

The Japan-bound Impreza S-GT (which we know as the WRX around these parts) comes equipped with a beefy yet compact 2.0L flat-four turbocharged engine, developing a very healthy 250 horsepower. You’ll also notice that they ditched the pig-nose for the current facelift.

Unfortunately for us, when the Impreza makes its way across the ocean to the United States, it will not come with the same 250hp engine. Instead, you get more displacement (2.5L), but less horsepower (224hp). No replacement for displacement? Really?