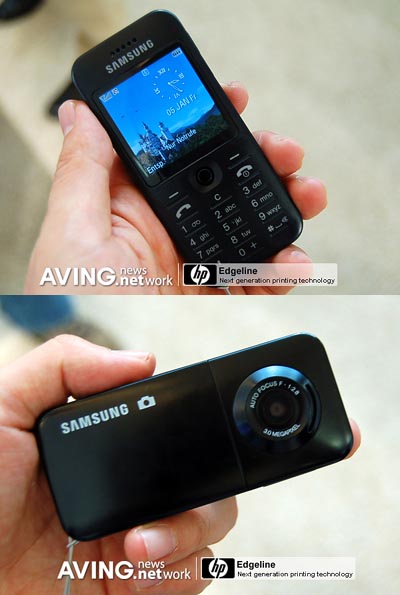 Jasper Morrison of England has taken his designing expertise over to Samsung to help the Korean manufacturer create the SGH-E590 candybar cell phone. Clearly taking on a very minimalist approach, the Samsung E590 doesn’t look like much. It’s got generic looking buttons, a rather plain back side, and not much in between. But that’s exactly its appeal — it “comes in simple contous and clean lines.”

In terms of features, you get a fairly powerful 3.2 megapixel camera with auto focus and half-shutter, as well as the Bean Bag which acts as a unique tripod. We haven’t tried this handset out ourselves, but Samsung is saying that the E590 comes equipped with an “intuitive camera UI.” Naturally, it’s got multimedia covered as well with multi-format audio, free-flow FM radio, and a microSD expansion slot.

Look for the Jasper Morrison-designed Samsung SGH-E590 to launch in Europe, China, and Southeast Asia later this month. No word on price, but they plan on selling noble black and snow silver varieties.