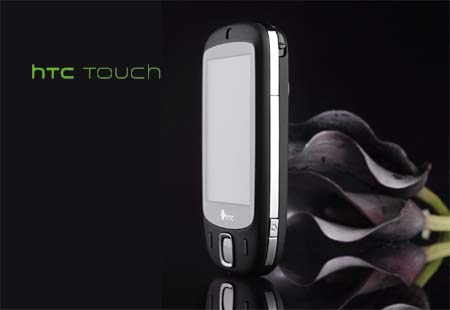 No, that’s not an early release of the Apple iPhone. It is a touchscreen phone, though, and it’s from HTC. This touchscreen smartphone does Windows, however. The Touch runs on Windows Mobile and utilizes a touch-sensitive 3D interface while also including a navigational pad and button. The Touch even has a slide-out stylus. Because it’s a smartphone, the Touch can access push email, surf the Web, and enable IM conversations. And because it resembles something that Steve Jobs had a lot of satisfaction developing earlier this year, HTC has gone out of its way to say that their technology has been years in the making. Here are some specs: The phone does GSM, GPRS, and EDGE, as well as triband, Wi-Fi, and Bluetooth. The camera is a modest 2 megapixels, and the overall LCD is 240×320 squeezed into 2.8 inches. You can expect to see the Touch in Western markets this summer, with pricing to be announced soon.