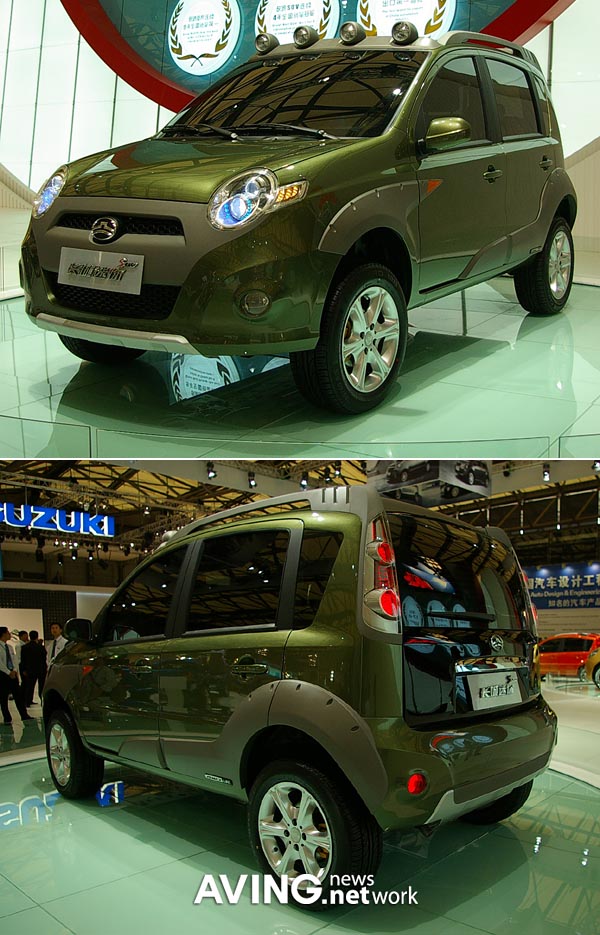 I know, the GW413EF doesn’t have the catchiest of names, but this rugged monster has a definite presence about it that you won’t soon forget. The interesting thing is that it’s not all that large, being marketed as a “mini SUV”, unlike the big honking things that we see rolling around on American interstates.

This vehicle, designed by GreatWall of China, comes powered by a tiny 1.3L low-displacement engine. That’s about one-quarter the size of many engines you find in American SUVs. What this means, however, is that it also produces less than one-quarter the amount of grunt, developing a not-so-impressive 65 horsepower. With a five-speed manual transmission, the GreatWall GW413EF can reportedly reach speeds as high as 160km/h (99mph).

It looks pretty intimidating from the front, but by the time you pan to side and take a peek at the back, you realize that this “mini SUV” is not much more than kei car.