Just because you want to record Aunt Betty’s 65th birthday in super high resolution doesn’t mean that you need to lug around giant video equipment. The Sony HDR-CX-7 is being touted as the world’s smallest HD camcorder, and while I haven’t had a chance to see the thing in person, it does look reasonably compact at just 15 ounces.

This AVCHD high-definition camcorder is capable of recording up to three hours of full HD 1080 resolution video on an 8GB Memory Stick Pro Duo — you can only hope that Aunt Betty’s soirée only lasts that long — while you get to view the whole shi-bang on the 2.7-inch Clear Photo LCD Plus display. Still images are captured with a 6MP sensor, whereas HD video is addressed with a 3MP unit. Other key specs include Sony’s ClearVid CMOS sensor technology, Super SteadyShot image stabilization, and USB connectivity. 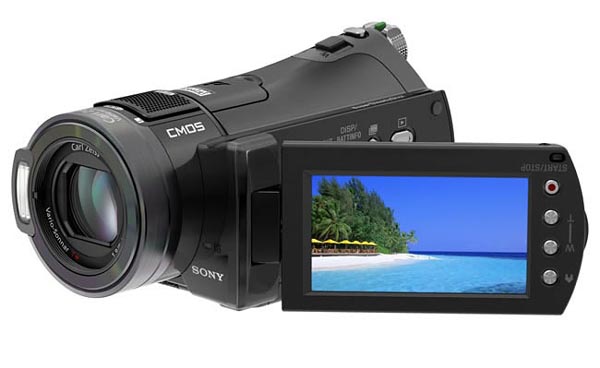