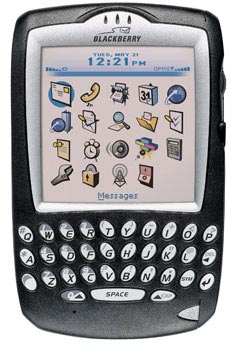 You won’t be able to instantly identify a Blackberry anymore. Research in Motion, makes of the wildly popular multimedia phone, are going to start sharing some of their software with other mobile phone makers, specifically those that make phones that run Windows Mobile 6.0. If you have one of those phones, you can download RIM’s software and turn your phone into a hybrid, able to run on both platforms. (No word yet on whether Palm is going to join the party.)

The advantage of this from a user’s point of view is that you get to benefit from both platforms, which run differently according to the function. The new RIM software wouldn’t bridge the gap between the two platforms but rather allow one user to use both on the same handset (but not both at the same time).

RIM says a target date for such software to be commonly available is September, by which time many more phones running Windows Mobile 6.0 might very well be available to make the transfer.