Pause for a moment and picture your typical Buick. And now picture your typical Buick driver. I don’t know about you, but I’m envisioning some middle-aged man, bored (or annoyed) out of his mind, driving around on some innane family vacation. That’s not the image that General Motors wants you to have of this brand. GM is aiming to revitalize the Buick namesake, starting with the Riviera concept coupe unveiled at the Shanghai Auto Show this week. It’s got gullwing doors, a silky smooth profile, and a classy yet aggressive stance that will certainly get a second (and third) look.

To take a page out of Ford’s marketing mantra, this is a bold move for General Motors, pushing Buick out from the safe and boring segment it once inhabited with stablemate Oldsmobile, and into an era of attractiveness. As the Buick Riviera was designed at the GM Pan Asia Technical Center, some may say that the only good-looking GMs getting produced today are those created by the company’s China design team.

But man, the Riviera — I’m not a fan of the name, but I am a fan of the look — is one sexy beast. It’s got elements of the Lexus IS, the BMW 6-Series, and the Infiniti G35 that simply cannot be denied. Maybe a mid-life crisis isn’t quite so bad. 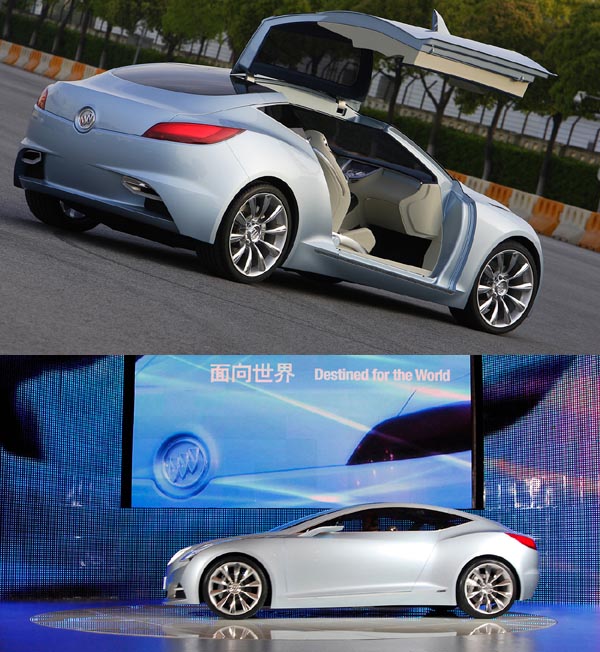