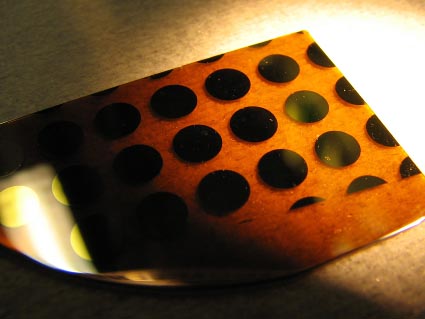 Don’t get too excited about this one, because it’s still in the research phase. But it sounds extraordinary, mainly because it turns one of humanity’s great weaknesses into a strength. We’re talking about, of course, carbon dioxide. Although many scientists will go on and on about how good CO2 is for plant life, it’s rapidly becoming Public Enemy Number 1 for its ability to accelerate global warming.

A group of scientists at the University of California, San Diego have constructed a prototype of a “splitter” that converts solar energy to electrical energy and then divides that CO2 into CO and O. That CO is carbon monoxide is a renewal energy source and is much more environmentally friendly than its double-oxygen progenitor. Carbon monoxide is nowadays produced from natural gas, which isn’t always in large supply and can be quite expensive to tap into a fuel source. The UCSD “splitting” device would seem to bypass that problem by taking an emissions producer and turning it into renewable energy.

The scientists stress that theirs is a work in progress. But they have a prototype, and they know how to use it. Perhaps it’s just a matter of time before something like this is part of the energy debate lexicon.