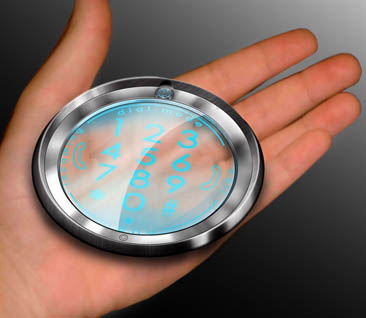 That would be Radia with an a, and it has nothing to do with music—yet.

The Radia is a cell phone concept that takes touch display to a logical conclusion. The phone itself is innovative in form, resembling a petri dish more than a clamshell. The numbers are really big, which should be good news for those with larger fingers. The call button is on the left side of the display, and the microphone is the entire right part of the perimeter.

We should reiterate here that this is only a concept. Given the coming iPhone phenomenon, the Radia is probably worth a second look, although we might question the viability of a circular display screen for viewing rectangular images.