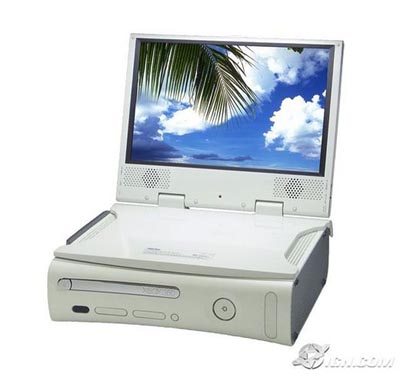 Granted, the Microsoft Xbox 360 isn’t going to compete directly against the Sony PSP or Nintendo DS Lite any time soon, but this 12-inch LCD attachment by Hori gets the 360 that much closer to being a mobile gaming behemoth.

Slightly smaller than a MacBook, this LCD accessory boasts full 720p resolution across its 12-inch diagonal color display. There are surely other LCDs out there for you to consider, but most of them are of the 7-inch variety and only offer 480p resolution at best. This screen’s larger, more detailed, and it’s roughly the same width and length as the gaming machine it was designed for.

The plan seems to call for a Japan-only launch in March with an asking price of around $300. No word on North American availability, so you may have to go with the import route if you must have one.