In the future, computers will not look the way they do now, just as contemporary computers bear little resemblance to the overgrown calculators of old. Some people seek sleeker designs that are just as much a work of art as a spreadsheet processing machine, whereas other people yearn for more synergistic appearances that will seamlessly integrate with our every day lives. In looking to the future of personal computing, Samsung has developed no fewer than three concept PCs for to consider, all of which are pretty far out there.

Naturally, when it comes to concepts such as these, the actual technical specifications are a secondary concern, and as such, have not been released. After all, by the time any of these designs ever make it to market, having a quad-core processor may be a little pathetic.

The first concept has an Apple-inspired glossy white finish, but the actual form factor is more akin to a UFO. The cone in the middle is a little disturbing, but the rounded keyboard and blue lights are certainly attractive. The second puts a Mac Mini on a stick, getting its power from an Intel Core 2 Duo processor, and shutting off with the pull of a cord. Last but not least is a concept that reminds me of breakfast in bed, except it’s served with a wireless keyboard and a side of Firefox. 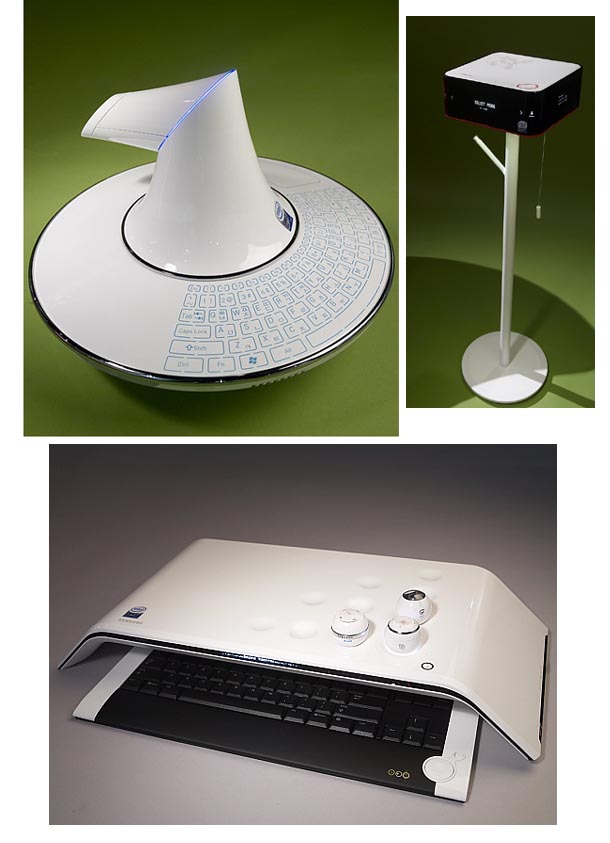