Those crazy cats at Horizon are at again, releasing yet another hydrogen-powered toy car, but this one is a little different because it uses a next generation polymer electrolyte membrane based fuel cell. That’s a little too Greek for me, but the take home message is that this technology operates at lower temperatures and lower pressure, and thus, it may be a more viable option when they take fuel cells into a grander, more people-moving scale.

The Hydrocar, as it has come to be known, follows in the short tradition started by the palm-sized H-Racer and the hydrogen-powered R/C car kit. With all this new age technology, it is a little amusing they opted for old school iMac blue, though it is kinda neat how you get to see all that electrolysis in action.

Look for the Horizon Hydrocar next month with an MSRP of $79. 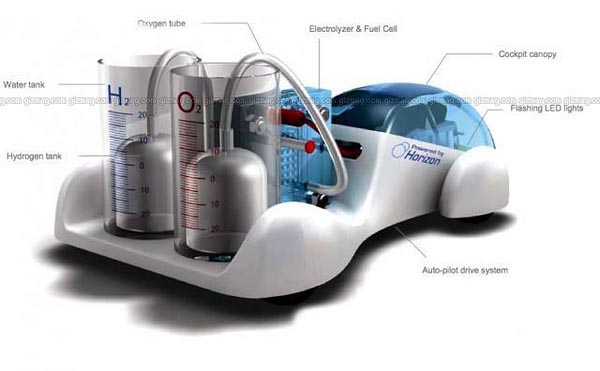