In the world of supercars, oftentimes it’s not good enough to just be fast. You want to whiz by and have people ask, “What the F was that?” And the RUF CTR 3 certainly achieves that.

Earlier reports stating that the CTR 3 was based on the Porsche Cayman were completely unfounded, it seems, although this rocket of a car does make use of the same tail lights. You’ll also notice that its general appearance is very Porsche-esque, with some similarities to the Porsche Carrera GT. But this car can easily hold its own.

Powering the beast is a 3,746cc twin-turbocharged flat six engine, pumping out 700 glorious horses of power and over 656 lbs-ft of torque. According to RUF, this is enough to propel the GT 3 from zero to 62mph in 3.2 seconds before topping out at 235mph. There’s a six-speed sequential manual gearbox, 15-inch brakes on all four corners, 19-inch front wheels, and 20-inchers in the back.

The price might floor you just a bit, though, as the RUF CTR 3 sells for €380,000 plus VAT. That’s over a half-million of the American stuff. 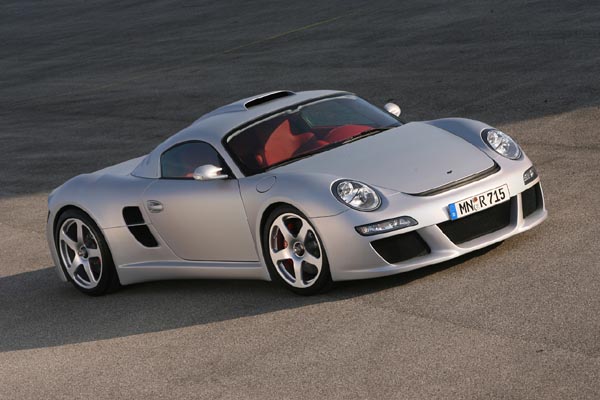