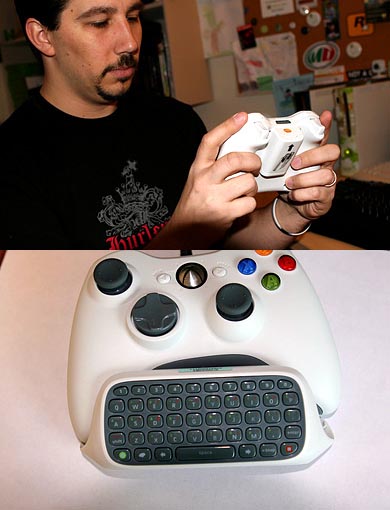 While the renderings of the Xbox 360 QWERTY controller were pretty interesting by themselves, it’s always better to get live shots of products so you can get a better sense of what you will actually see on product shelves.

The first thing I learned from looking at these live shots is that the QWERTYness on the Xbox 360 is not achieved through a separate controller, but rather as a detachable accessory called the TID or Text Input Device. That’s right, it’s a peripheral device for a, uh, peripheral device.

No wonder I said it looked a lot like a regular controller. Anyways, here are the shots. Still no word on how much the accessory will cost or when they plan on officially launching the QWERTY goodness to Xbox 360 users.