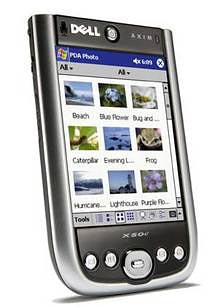 Dell isn’t necessarily getting out of the business handheld game, but they are going to discontinue their own line of Axim PDAs for good. Anne Camden, official Dell spokeswoman, just made the official announcement that the Axim X51 family of handhelds will soon be pulled off of the company’s online shelf and “there are no plans for future devices.” The Dell Axim X51 has been around for almost two years, so most people aren’t exactly lusting after it anyhow.

This all makes sense, because very few people are interested in purchasing a standalone personal digital assistant anymore. Most people that are in that kind of market would be more inclined to buy a smartphone — like a Palm Treo or similar — to achieve the same results, while adding in the functionality of a cellular phone.

Rest in peace, Axim. You had a decent run.