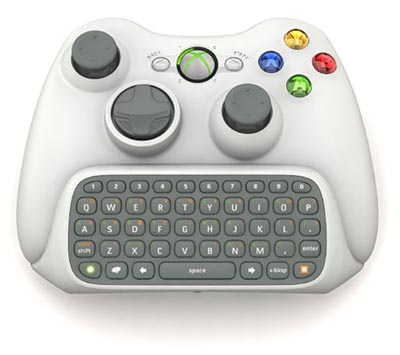 Just as the Nintendo Wii and Sony PlayStation 3 have become much more than “just” home video game machines, the same can be said about the Xbox 360 from Microsoft, especially now that you can do that whole instant messenger routine on it. The trouble, though, is that typing out all those smileys, LOLs, and OMGs is a little tough without a QWERTY keyboard. And then this controller shows up and alleviates you of all your woes.

It started out as just a rumor, but several sources are now reporting that this new Xbox 360 controller (presumably wireless) is not only very real, but it’s very destined to hit store shelves some time this summer, offering gamers a quick and easy way to input text into their gaming consoles. I’d imagine it would pretty comfortable to still use as a regular controller, but typing things out might still be a little awkward.