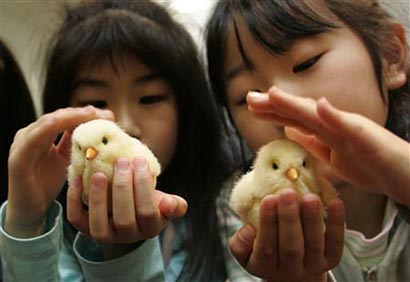 When I first heard about this robot chicken, I immediately thought of the very strange animated series created by Seth Green. Unfortunately, this creation has absolutely nothing to do with quirky cartoons. Fitting somewhere between Tamagotchi virtual pets and a real puppy is the next-generation robot chicken from Sega. The little robots are fuzzy, cuddly, and unbearably cute, especially when paired with a bunch of children gently petting them.

The perfect pet? At least you don’t have to clean up after it.