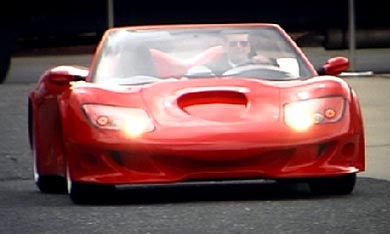 That whole myth about electric cars being too slow to be useful went out the window when the Tesla Roadster reared its head around the blogosphere. Not to be outdone, the L1X-75 electric car from Mullen Motor GT gets its juice from lithium batteries, doing the 0-60mph run in a mere 3.1 seconds. The kicker is that because it’s all-electric, it does this rocket-fast feat in a whisper-quiet fashion. If you’re more a muscle car kind of person and you need to hear the roar of the engine, then maybe this Mullen Motor GT roadster won’t be your cup of tea.

Then again, the developers claim that the lithium-powered roadster develops an astounding 600hp, propeling the vehicle to a top speed of about 175mph. Not that you’d want to do that on public roads.

Electric cars are getting sexier and faster… let’s just hope that they get more affordable too. Check out the video below and be in awe with the rest of us.