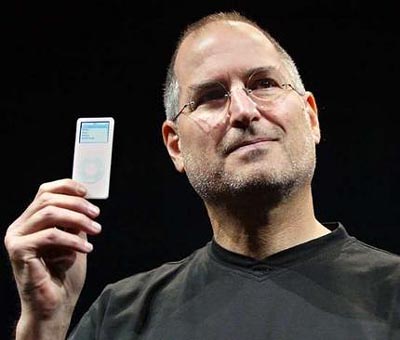 It’s hard to believe that prior to November 2001, there was no such thing as an iPod. Fast forward to today and the Cupertino crew has just announced that they have sold 100 million units, making the iPod the fastest selling music player in history. This is a big milestone for Steve Jobs and the rest of his team, because it is clearly the iPod — in all its different incarnations — that has pushed Apple into the mainstream and away from the the quirky shadows in which it once lurked.

This 100 million figure includes all five (and a half) generations of iPod, and two generations each of iPod mini, iPod nano, and iPod shuffle. This also speaks to the great success had by iTunes and the iTunes online music store: they brought digital media into the mainstream, whereas once it was simply the realm of pirates and illegal downloads.

“At this historic milestone, we want to thank music lovers everywhere for making iPod such an incredible success,” said the Jobsian one. “iPod has helped millions of people around the world rekindle their passion for music, and we’re thrilled to be a part of that.” I’m sure he’s also thrilled that the average person doesn’t know what an MP3 player is, but they love their iPod.