On the one hand, you want to keep a namesake because it has a certain level of familiarity. On the other hand, you may want a new moniker to remind people that this isn’t exactly the same as what they’ve experienced before. The German carmaker apparently made a compromise when they decided on what to call their latest SUV. The 2008 Volkswagen Touareg 2 is the follow-up to, you guessed it, the first Touareg, and this time around they’ve added just enough new goodies to warrant a new name.

For starters, you’ll notice that the tail lights come smoked for an extra sexy look, the headlights have been refreshed, and the Touareg 2 also sports “a version of the corporate VW chrome grille that dips far down the face of this SUV.” They’ve also upped the ante under the hood, replacing the 3.2L with a VR6 FSI 3.6L good for 280hp (a 40hp improvement over its predecessor). The two other engine choices are a 350hp V8 FSI and a 310hp 5.0L V10 TDI Twin Turbo, the latter of which delivers an astounding 553 lbs-ft of torque. All three engine choices offer 7,716 lbs. of towing capacity, more than enough for even the most eccentric of soccer moms.

To finish off the dressing-up process, VW will be selling the Touareg 2 in four new colors: Alaska Gray, Cranberry, Galapagos, and White Gold. No word on pricing. 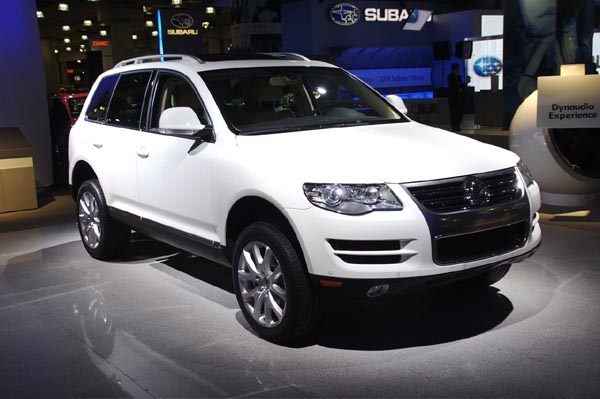