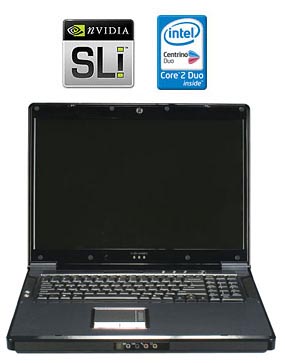 Looks can be deceiving. The Orca Extreme laptop from CompAmerica looks pretty unassuming, but under that mild-mannered appearance is one heck of a monster. It doesn’t just rock a run-of-the-mill Intel Core2Duo processor, it’s got either the 2.66GHz E6700 or the 2.93GHz Extreme X6800. In terms of graphics, there is a dual nVidia 7950GT with up to 1GB of RAM and SLi Technology.

The killer (whale) Orca Extreme laptop should be available now. If you have to ask about price, you probably don’t want to spend what they’re asking for.