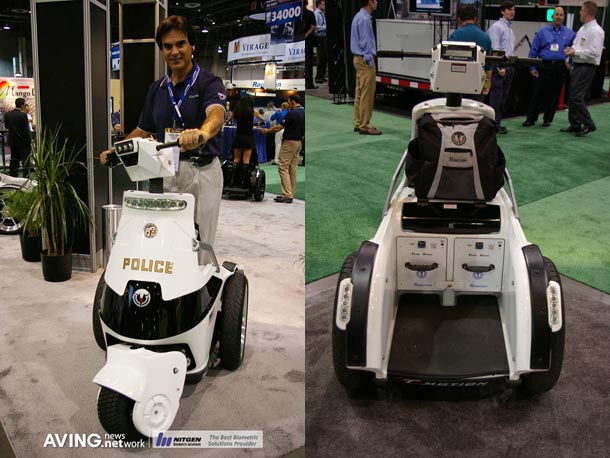 While the Segway is a pretty interesting product, I think it hasn’t been marketed properly and thus hasn’t done quite as well in the marketplace as developers had hoped. At least the Segway has that gyroscopic technology that prevents it from tipping over. For a more conventional approach, the T3 Series Security Model features three wheels instead of the Segway’s two. But it’s got Police badging, so that’s got to win it some points, right?

With a top speed of about 18mph, this three-wheeled stand-up scooter from T3 Motion is reasonably quick, but it clearly won’t be able to pass anyone on the Interstate. The platform is raised nine-inches off the ground, whereas the transporter as a whole is a zero emission vehicle that is completely quiet and environmentally-friendly. Through the two rechargeable batteries, operation costs are said to be as low as 10 cents per day.