Forget the renderings, forget the hearsay. We’ve come across what we believe to be live pictures of the redesigned 2008 Subaru WRX in wagon form. The first thing that I noticed was that this AWD monster has lost the “pig nose” found on most current models, including the 2007 Impreza and Tribeca. Now it’s got a “mustache.” The profile of the new WRX reminds me a little of a Mazda 3, whereas the overall look has inklings of a Ford Focus hatchback and a Peugeot 206 or 207.

These pictures, taken from Motor Trend and scanned by a member of NASIOC (North American Subaru Impreza Owners Club), are not official releases from Subaru, as far as I know, but they’re the closest to the “real thing” that we have seen to date. The raw features and specs have not yet been announced, but we clearly see a GPS navigation-like display inside, as well as a fairly beefy turbo. But where are the fender flares? 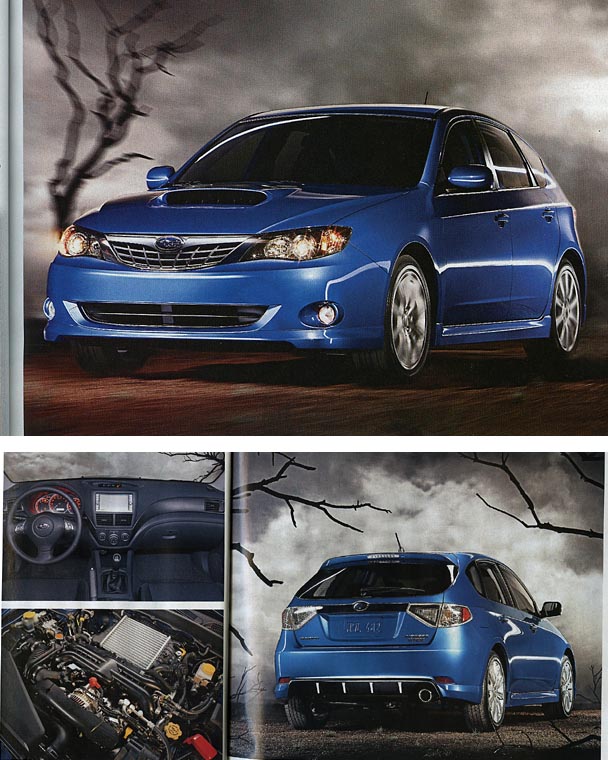