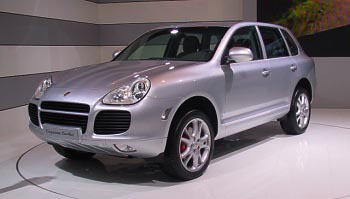 The average person thinks that Volkswagen and Porsche are two completely separate companies. Someone who thinks they are a little savvy believes that Volkswagen owns Porsche the same way that Daimler owns Chrysler (for the time being). Both of these types of people are wrong. In fact, the relationship is quite the opposite. Porsche wants to increase their stake in Volkswagen to 31%, and according to German law, this forces them to make a formal bid to take over the German auto-making firm outright.

While Porsche is interested in strengthening their bond with Volkswagen — the highly lucrative Cayenne SUV (pictured) is based on the VW Touareg — they don’t seem quite as interested in buying the company as they are in preventing foreign investors from doing the same. In all likelihood, Porsche will put in the lowest bid it can — about $134 per share — but they’re open to a buyout should it be accepted by shareholders.

Even if Porsche doesn’t buy Volkswagen, the 31% stake will be enough to accomplish their goals because the German state of Lower Saxony owns 20% of VW. Combine the two and they’ve got 51%, enough to prevent VW from falling into competing hands.