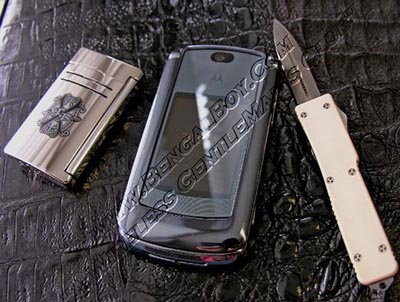 As if the prospects of yet another RAZR successor weren’t enough to whet your whistle, they had to tease us with a couple of videos wherein a hot girl is playing with the newly revealed LAZR. Motorola hasn’t officially announced the new phone as of yet, but a handful of spy pics (and these two videos) give us a decent look at the ultra-shiny, super-slim clamshell.

In terms of features, we’re expecting a 2-inch screen, Linux OS, and an integrated camera of unknown resolution. Based on the video, it also has a text-to-speech feature wherein it’ll read out your emails. Anyways, on to Kendra Kitty and her experience with the MOTOLAZR.