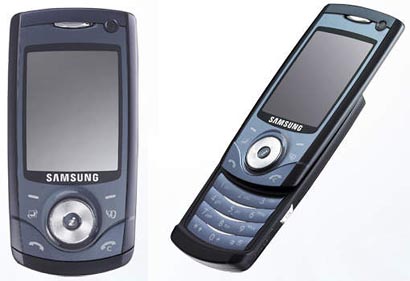 Most of the time when we hear about the latest innovations from Samsung, the ridiculously slim products are restricted to markets outside of the United States. Such is not the case today. I’m sure you’ve heard of Samsung’s Ultra II line of skinny phones before, but now the Korean electronics maker is actually bringing all that slimness to the US of A.

To be showcased at CTIA Wireless 2007, the America-bound Ultra II line consists of four phones. The Ultra Edition 10.9 (U600) follows up the on the hugely popular D900 (also known as the Ultra Edition 12.9) slider, shaving an extra two millimeters from its waistline. The slightly thicker Ultra Edition 12.1 (U700) slider rocks high speed HSDPA, a 3 megapixel camera, and Bluetooth 2.0.

The ironic thing about the unveiling is that they say the Ultra Edition II will be released in the European market during Q1 of this year (isn’t that, like, now?), whereas there is no mention about an American launch whatsoever.