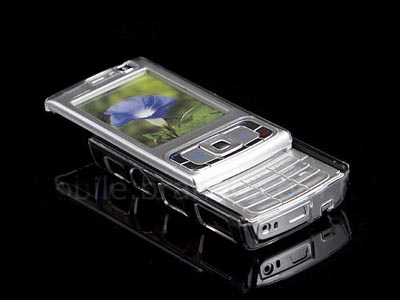 Based on the model number alone, you’d suspect that the rumored Nokia N81 would be the successor to the hugely popular Nokia N80, but others are reporting that it will instead be a music-centric handset with a 10GB built-in hard drive. In this way, it is more akin to the Nokia N91. We’d also expect the N81 to be a slider, but apparently that may not be true either. Nikhil Chawla commented on Ring Nokia that the N81 is a “candybar/monoblock” and it’ll have such goodies as a 3.5mm mini-jack connector, EDGE, UMTS, WLAN, 3.2 megapixel camera, Bluetooth A2DP, and 3D speakers.

This is still just one big fat (and very juicy) rumor — absolutely nothing has been confirmed by the Finnish company — so I would take these reports with a grain bucket of salt. Nonetheless, I’m pretty excited about the prospects, considering how well the N80 has been received by the cell phone community.

Oh, and by the way, the provided image is just a random mockup done up by someone on the internet, so don’t assume that’s how the N81 would look like for real either.