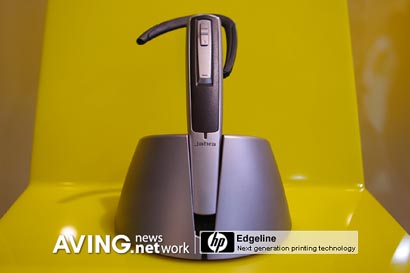 A common complaint about Bluetooth headsets is that the microphone is too far away from the mouth, making you sound somewhat distant to the person on the other end of the line. In an age of ever-shrinking Bluetooth headsets, there is the elongated Jabra T5330. You see, unlike other wireless offerings on the market, this headset comes with an extra long microphone boom, placing the sound grabber right next to your mouth.

Technical features are pretty standard with four hours of talk time per charge and a claimed range of about 10 meters (30 feet). The charging station holds the T5330 vertically, further demonstrating its extreme length. Hmm, extreme length. You don’t suppose Jabra has a phallic infatuation?