Want the functionality of a Tablet PC, but don’t want to fork out the big bucks to get the love of a touchscreen? What if you could convert a regular laptop into a Tablet PC for just $130? The “Laptop Tablet” from NAVIsis won’t directly transmogrify that standard LCD screen, per se, but the small attachment latches itself onto the side of your display, effectively giving you a touchscreen-like interface.

While no promises were made on the CeBIT floor, you’d assume that NAVIsis did their best to mimic TabletPC functionality and accuracy. Before we have to chance to take it for a test run ourselves, we’ll withhold any sort of conclusion. At the same time, the “Laptop Tablet” — which plugs in via USB — is only 130 bucks, so it’s not like you’re breaking the bank to take a chance. PhotoShop’d be easier, that’s for sure. 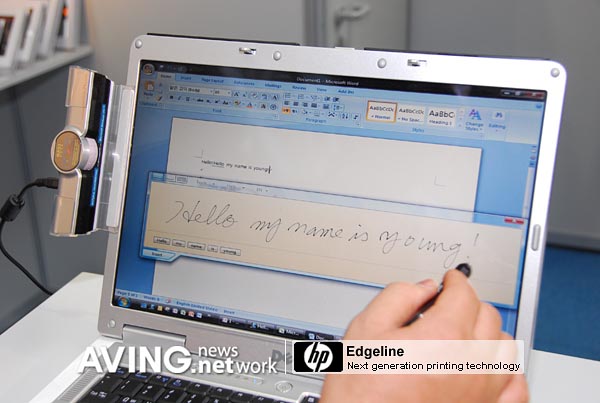